As part of the “Tacoma or Bust” trip of almost 7000 miles, the last half (third?) of the trip had us traveling over a good portion of Route 66 – roughly from the California-Arizona Border (at Oatman, Arizona) to Oklahoma City. 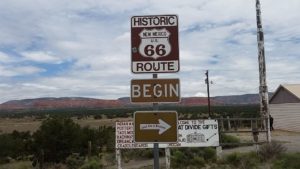 May 7 – Derby Day party at Poneleit’s on the lake

Our trip so far….

This epic voyage began Wednesday, July 16, when Cliff and “Chicken Little” left Lexington with a goal of the national CORSA Convention in Tacoma, Washington with return route including Route 66 through the Southwest.

The first stop was dinner with an old friend, Scott Trunkhill in Iowa City.  After spending the night in Cedar Rapids, IA, the site of the 2010 national convention, it was on to Rochester to meet up with Dave and Ina Keillor.  The drive  through northern Iowa and into Minnesota was nothing but miles and miles of cornfields.  Then there was the occasional cattle car.  Man, I don’t know when I’ve smelled anything that strong in my life.  Staying ahead of them became the challenge of the day.

After arriving in Rochester, I spent the afternoon getting reacquainted with Dave and Ina.  I met the two of them years ago at a performance workshop in Dayton, Ohio.  Dave had been working on a 65 Monza that he and Ina sold to her brother back in 68.  They re-acquired the car in 2004 and have done an incredible job of turning “Mr. Redd” into a beautiful example of what Chevrolet could have done with the car if they had wanted to.

Meanwhile, Beth was in Atlanta for the XSEDE conference.  She will have to tell you what that stands for.  I picked her up in the airport at 5:30 on Thursday.  This is where things began to unravel.  You can see from the photo that the airport isn’t very large.  In fact, I’ve been in mall parking lots that were bigger than this.  I got all turned around as we were leaving and for a split second, it looked like we were going to get hopelessly lost.  Man, if I can’t get out of this parking lot, what business do I have traveling cross country?  But, we finally got out.  Thank goodness for the peanut trail 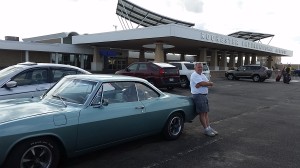 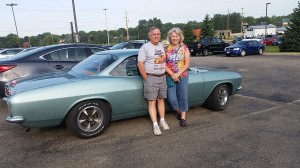 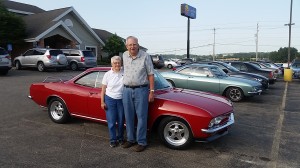 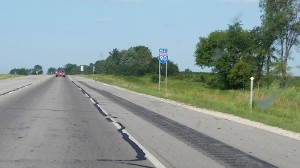 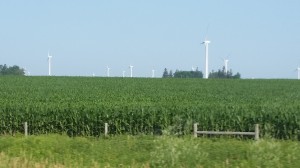 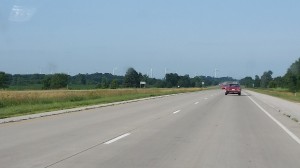 Gas at a Sinclair station 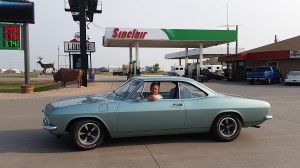 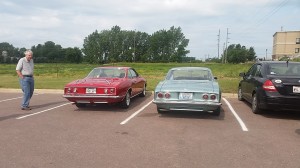 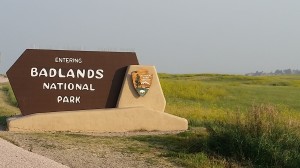 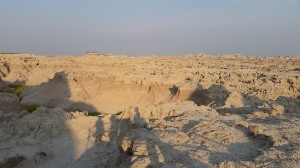 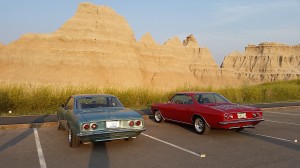 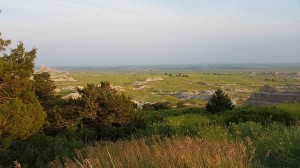 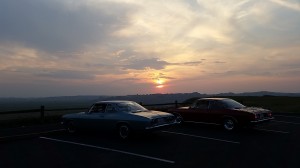 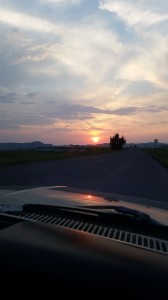 Then on to Wall, SD 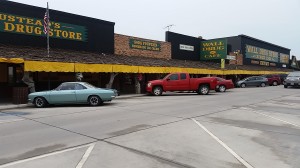 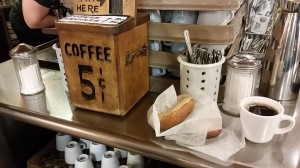 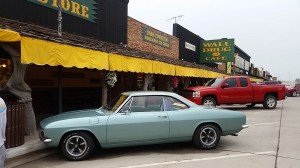 Then Saturday saw 500+ miles on I-90 west toward Bozeman, Montana 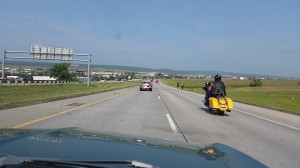 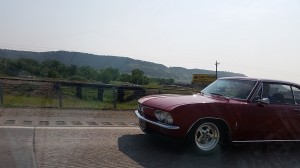 Went thru a corner of Wyoming. 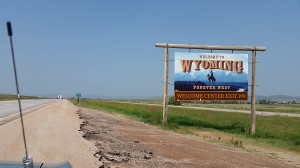 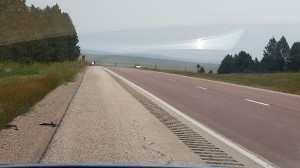 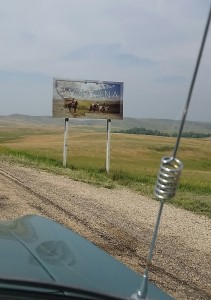 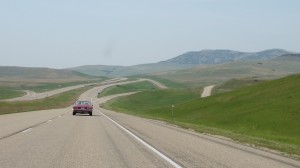 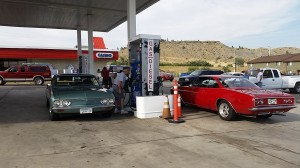 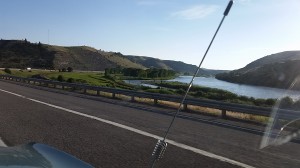 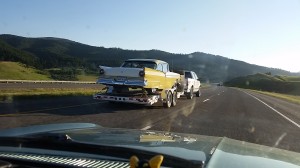 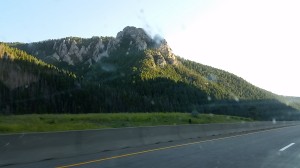 Here are all the photos from my digital camera of the 2014 parade. Thanks for coming out, everybody!  To view as a slideshow, just click the first picture, then you can navigate forward and backward through all the pictures.  Enjoy!

The CKCE had a great day in the Lexington St. Patrick’s Day parade! Here are just a few of the photos.

We had 9 cars, great weather, and a terrific crowd showed up in downtown Lexington! Afterwards we went for dinner at Columbia’s steak house, a tradition for the club.  Thanks to David Lockman for entering us in the parade as usual!  Click on the first picture then you will be able to view the remaining images as a slide show.

Cliff’s Corvair on the Fall 2013 trip to Maggie Valley.

This was on the Road Rally. 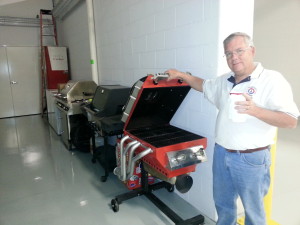 Who wouldn’t want a grill that looks like an engine?

We saw this visiting The 502 Auto Club  with the Derby City Corvair club last year.

Test Gallery from Media Library – Ah, but it doesn’t do slideshows. 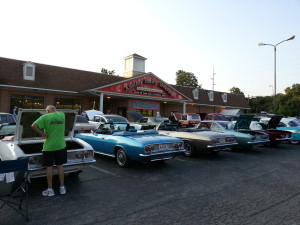 Thanks for visiting! We’re hard at work here making a useful website for the Corvair nuts – um, er, enthusiasts  in central Kentucky.

Let us know what you think.